The orange juice supply chain: sustainability does not end with the harvest

The route by which orange juice travels from the tree to the breakfast table is highly complex. There is significant consolidation between juice producers in Brazil, bottlers in Europe and retailers in Germany. Retailers play an especially important role in the supply chain because price is a major selling point for food items in Germany; this also applies to orange juice. Its affordable price however impacts the people at the beginning of the supply chain. 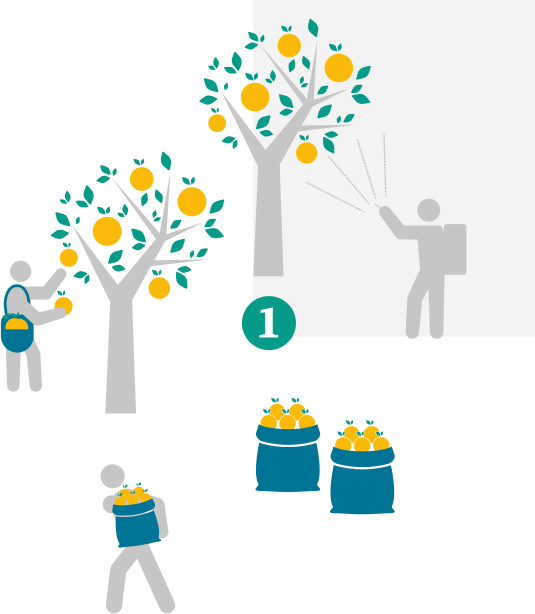 Working conditions on orange plantations are frequently characterised by poor social standards. During the harvest, workers perform piecework to earn sufficient wages to allow them and their families to survive. They sometimes have no personal protective equipment, particularly against pesticides, while working under extreme physical strain. As different varieties of juice oranges ripen at different times, they must be largely picked by hand. Working time violations are widespread, and collective bargaining agreements are virtually non-existent because trade unions face massive obstruction in their work.

In addition to these social issues, orange farming in Brazil also entails ecological problems: the use of pesticides and fertilisers as well as high water consumption cause significant harm to the environment. 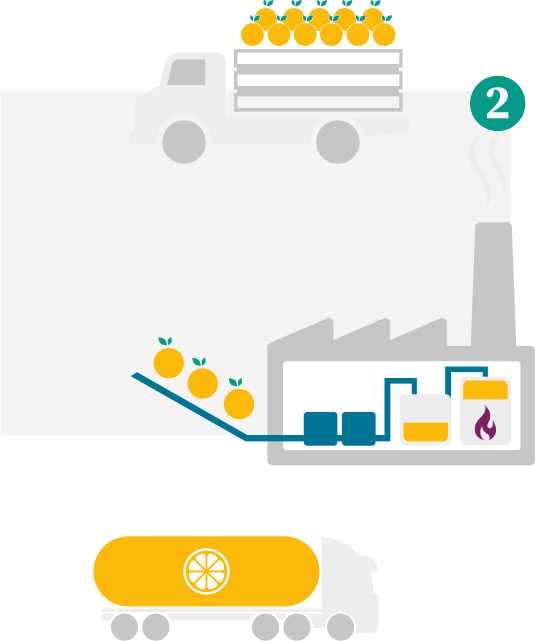 A small number of producers control the market

The producers of orange juice — which is supplied for sale as either fresh juice (NFC) or concentrate (FCOJ) — have significant influence over the working conditions on plantations and the wages paid to workers. They also heavily influence the price of oranges farmed by smallholders. The majority of exported orange juice is produced by just a few corporations, creating a market situation that obliges purchasing companies in Europe to work with these producers. 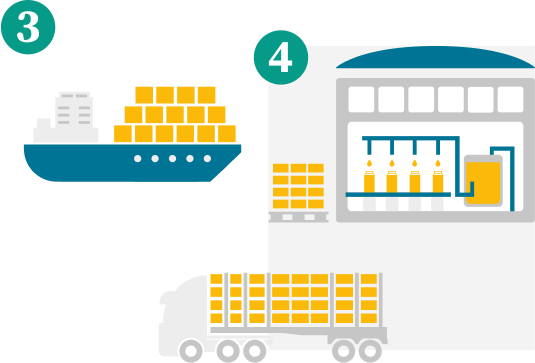 From bottlers through retailers to consumers

After arriving in Europe, the fruit juice concentrate is reconstituted into juice, bottled, and then enters the retail market. FCOJ is also used to produce other drinks such as lemonades or nectars.

Bottlers market the orange juice partly under their own brand names, but also bottle it for other brands. Major bottlers in Germany include producers such as Eckes-Granini, Refresco, Riha-Wesergold, Valensina, Beckers Bester, Hassia and Pfanner. Once bottled, the orange juice enters the retail market, which in Germany is dominated by four large corporations: REWE Group with the REWE and Penny supermarkets, Schwarz Group with Lidl and Kaufland, Edeka, and Aldi.

The popularity of orange juice on the German and European market gives these bottlers and retailers vast market power: their procurement practices allow them to significantly influence production standards in Brazilian orange farming. This not only puts them in a position to demand adherence to social, economic and ecological standards in orange juice production, but also means they can enable shoppers to consume sustainably. 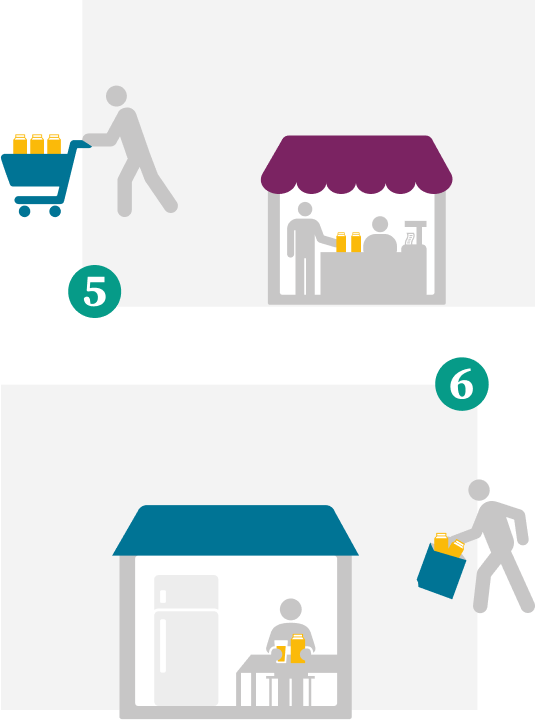